Our Very Own Boardwalk Genius!

Slomo skates there every day – arms outstretched, gliding on one leg, the other lifted behind him. He’s often grinning and listening to music as he weaves in and out of the crowds. It looks like he’s skating in slow motion, which is how he got the nickname “Slomo.”

He used to be Dr. John Kitchin, a hardworking neurologist who made a lot of money, which he spent on things like a BMW, a Ferrari, and an exotic animal farm. “I lived in a mansion,” he explains in a new documentary short chronicling his life and love of skating. It’s simply titled “Slomo.” Joshua Izenberg directed the film after his father told him about Kitchin’s transformation into Slomo. They’d gone to medical school together. 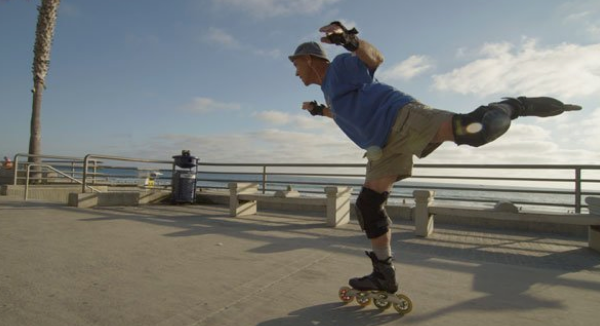