On our Coronado Bike Tour we often see Bill Pavlacka’s sandcastle art. Predominantly found in front of the Hotel del Coronado, “The Sandcastle Man” showcases work ranging from tragedy to celebration, and encompasses both custom work and his own thoughts on current affairs and local events.

Bill spent twenty-six years as a plasterer before starting the next chapter of his life as The Sandcastle Man. The tools he uses today are the tools he used in plastering work. Bill began making his sandcastles as most parents do – with his four children. It was through playing and building with his kids on the beach that others took notice. Then he began his first sandcastle jobs – at parties! 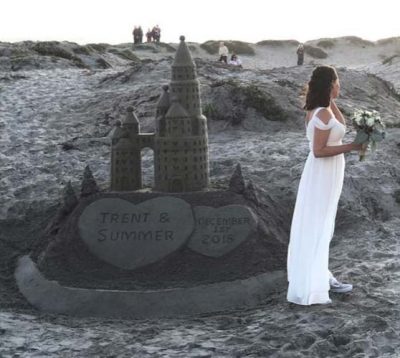 The Sandcastle Man continues to work birthday parties, corporate events, and weddings to create custom sandcastles, adding something special to the day. Summer, who got married in 2018 shares, “We LOVED having the sandcastle for our wedding!” Bill is cheerful, but not necessarily chatty. When asked what it’s like for him to be part of someone’s day in a unique way, Bill smiles big and responds, “it’s a lot of fun! Especially when people come back years later.”

The Sandcastle Man is an independent contractor. While he is not an employee of The Del, he does create many pieces for them and has been in that location for eleven years.

Not every piece he creates is for payment, most of the sandcastles paying tribute are on his own time and his own gesture. Bill points out the intricacy and meaning on a side of the latest castle. “It’s sort of a state of affairs,” he elaborates, “there is a bullet hole and a band aid trying to cover up the cracks on the peace sign.”

The time it takes to complete a sandcastle varies depending on the size. Most of the sandcastles take about five to six hours. However, the ones that come up to Bill’s own height can take about 7.5 hours. Bill sculpts about two to three a week. He is able to keep the same sandcastle with a name shown and only change the name portion about three to five times. As of January 2, 2020, two of his sandcastle sculptures were standing tall, but Bill shared that the third one had been destroyed. Bill explains, “most people are respectful of them, but all it takes is one person and they’ll ruin a bunch.”

Bill added, “I want to thank the people of Coronado for all of their support. I wouldn’t be able to do this without them.” He encourages everyone to stop by and see his latest creations and feel free to ask him questions! To see The Sandcastle Man‘s prices on custom sandcastles or join his sandcastle making class, check them out on his website.

Thanks for your story Alyssa K. Burns at The Coronado Times 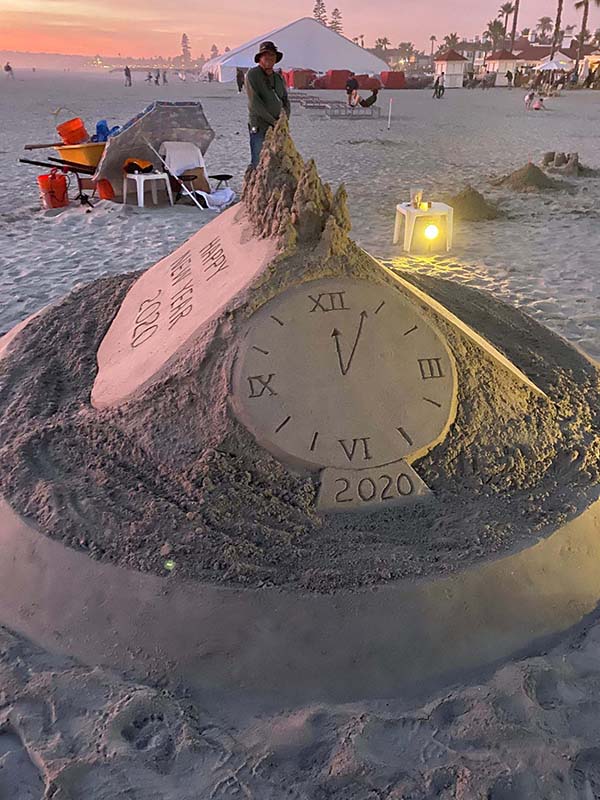 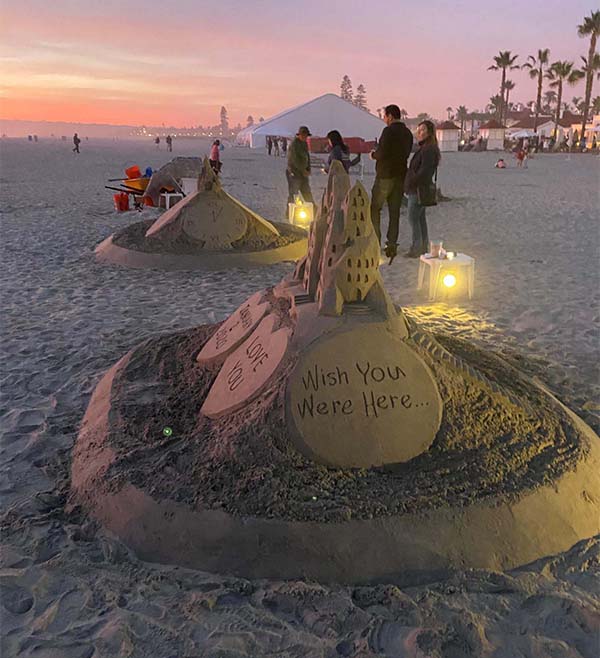 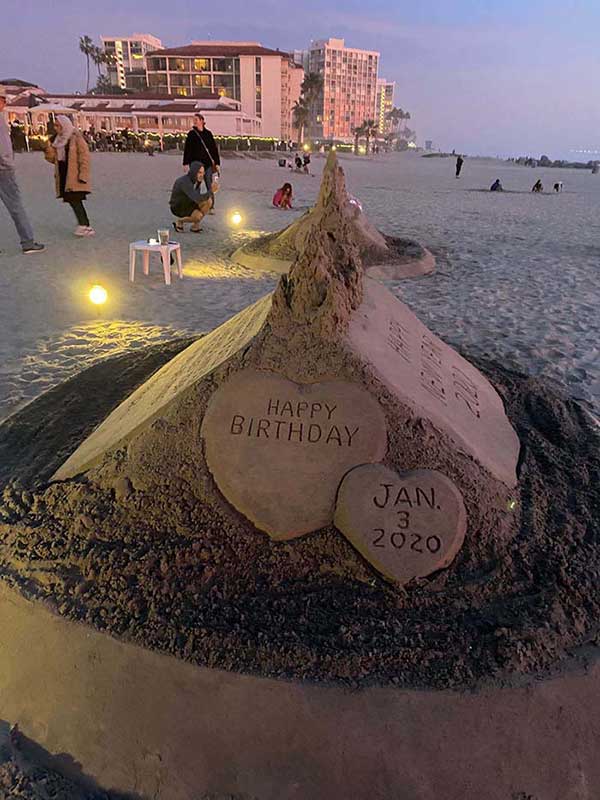 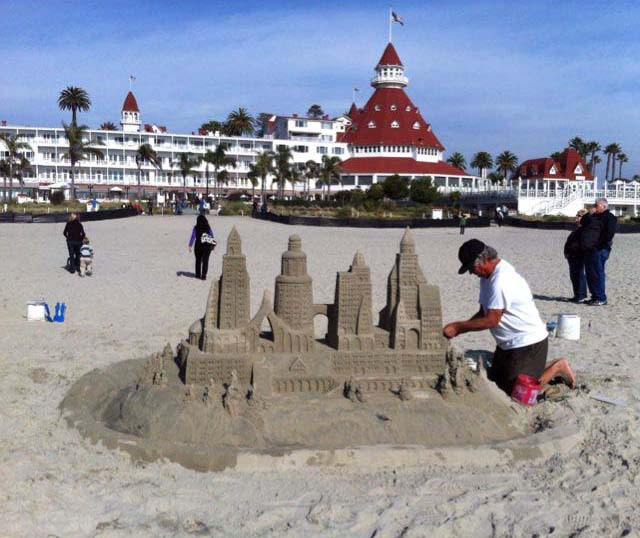