Want to Improve Your Memory?

Just 15 Minutes on the Bike Is Enough 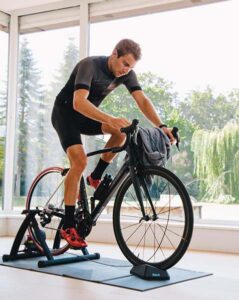 If you want to improve your brain power to learn a new skill or if you just want a memory boost, a recent study suggests a quick 15-minute ride could help—especially if you up the intensity.

Published in the journal Scientific Reports, researchers recruited healthy men who didn’t exercise regularly, and had them perform memory tests on three occasions: One was after 30 minutes of moderate cycling, another after 15 minutes of intensive cycling—defined as 80 percent of their maximum heart rate—and the third after a rest period.

The memory test was a simple one, with participants pressing buttons related to a pattern of dots appearing on the screen. Because there was a clear sequence, it allowed researchers to evaluate how movements were learned, according to lead study author Blanca Marin Bosch, Ph.D.(c), of the Department of Neuroscience at the University of Geneva in Switzerland.

“This was measured motor learning, much like when you first learn to type on a keyboard, for example,” she told Bicycling. “In this case, the higher intensity resulted in better memory performance for learning.”

Because researchers also did blood tests and functional MRI scans, they were able to determine that the hippocampus and the caudate nucleus—parts of the brain associated with memory and motor processes—were fired up after the more intense cycling session.

In a previous study, the same research team showed moderate-intensity exercise can have an effect as well, but that works best on associative memory, the type used more for recall than learning, said Bosch. It allows you to make connections between separate items. For example, remembering someone’s name when you see their face.

“The takeaway here is that not all forms of memory use the same mechanisms and pathways in the brain, and exercise of different intensities can be useful for different functions related to memory,” Bosch said.

The association between physical activity and memory performance is well established in previous research, and other recent studies have suggested intensity can play a major role.

For example, a 2019 study found that high-intensity workouts improved memory so much in older study participants that researchers suggested they could be used as a main intervention for reducing dementia risk.

A similar study on older adults, published earlier this year, found that high-intensity interval training—which often comes in around the 15- to 20-minute mark for a session—produced significant memory performance, even for generally inactive participants.

So hopping on your bike—even if you have a limited amount of time in your schedule—can result in some pretty solid benefits for your brain.

Thanks for your Wisdom Elizabeth Millard